Although the Industrial Internet of Things is regarded as a trillion dollar opportunity, recent studies from Cisco and the Boston Consulting Group indicate that company leaders are hesitant to invest in IIoT. This reluctance is supported by a lengthy history of problematic technology implementations, industrial incidents, and financial hardships. 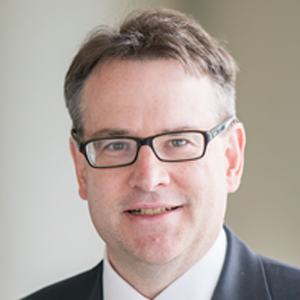 Dr. John F. Carrier is a Senior Lecturer in the System Dynamics Group at the MIT Sloan School of Management. He has spent over 25 years diagnosing and eliminating hidden factories in the oil & gas, petrochemical, discrete manufacturing, and research laboratory facilities, saving these organizations hundreds of millions of dollars while reducing operating risk. He also works with companies to successfully integrate the technology of the Industrial Internet of Things into their existing organization, with a distinct focus on developing front line leaders in the culture of improvement. He currently runs a popular MIT Executive Education course on Implementing IIoT through Continuous Improvement Leadership (http://tiny.cc/2jhcjy). He also co-teaches an MBA course with Professor John DC Little (Little’s Law). Dr. Carrier holds a BS in Chemical Engineering from the University of Michigan, an ScD in Control Systems from MIT, and an MBA from the Harvard Business School.
COMPANY

The MIT Sloan School of Management (also known as MIT Sloan or Sloan) is the business school of the Massachusetts Institute of Technology, in Cambridge, Massachusetts, United States. MIT Sloan offers bachelor's, master's, and doctoral degree programs, as well as executive education. Its MBA programs are ones of the most selective in the world and are ranked #1 in more disciplines than any other business school. MIT Sloan emphasizes innovation in practice and research. Many influential ideas in management and finance originated at the school, including the Black–Scholes model, Theory X and Theory Y, the Solow–Swan model, the random walk hypothesis, the binomial options pricing model, and the field of system dynamics. The faculty has included numerous Nobel laureates in economics and John Bates Clark Medal winners. MIT Sloan Management Review, a leading academic journal, has been published by the school since 1959. The annual MIT Sloan Sports Analytics Conference attracts leaders from the NBA, NFL, WWE, NHL, Premier League, and Major League Baseball. The school belongs to the M7 group of elite MBA programs which recognize each other as peers, whose other members are Chicago Booth, Columbia, Harvard, Kellogg, Stanford, and Wharton.
Get Agenda
Book Now
NextPrevious

© we.CONECT GLOBAL LEADERS - Tomorrow's Business Company
Do NOT follow this link or you will be banned from the site!
[wpforms title="true" description="true" id="